Pensacola area!!! We are bringing Mayor-Elect D.C. Reeves to speak to you this month at the Perfect Plain Brewing Company. D.C. Reevers is an entrepreneur, community builder and native Pensacolian who moved home in 2015 to make a difference in Pensacola. He is the founder of Perfect Plain Brewing Company, which opened in 2017, and has grown to become a staple of downtown Pensacola, expanding to four different locations and 40+ employees.

D.C. spent six years as Chief of Staff for entrepreneur and community volunteer, Quint Studer. Through that time, D.C. had the chance to lead many impactful community projects that made Pensacola a better place to live. He has served as chairman of the board for Visit Pensacola, our community's tourism marketing organization, and was named 2021 Emerging Leader of the Year by the Greater Pensacola Chamber of Commerce and is now the Mayor-Elect.

Please join us for a Happy Hour at the Perfect Plain as we hear from Mayor-Elect, D.C. Reeves, as he speaks on the development in the city and how this directly relates to apartments, the density and affordable housing. We will also have a time for FAQs at the end. 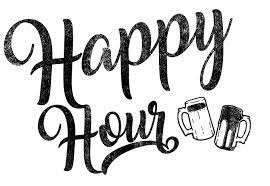